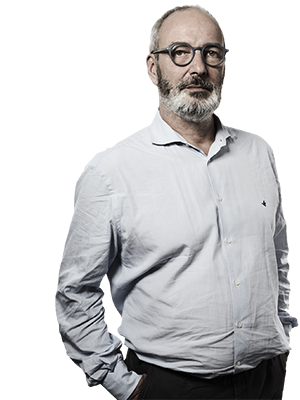 Born in Schaerbeek (Belgium) in 1959, he graduated in Architecture from the Politecnico di Milano in 1989. He worked as a designer for several architecture firms in Italy, and as a technical director for a number of companies in Germany. Since 2001, he has collaborated with STARCHING, holding various positions and carrying out tasks ranging from project design to site management. Since 2008, he has been a member of the Management Committee in his capacity as a partner, and the Head of the Site Management Department, a business to which he has contributed greatly by defining all the relevant operating procedures. In his capacity as Head of the Site and Construction Management Department, he supervised the works at a multitude of construction sites, including, but not limited to, the construction of the so-called Acquario building in Pero and of the Eni Green Data Center in Ferrera Erbognone, the demolition and rebuild of a 170-room hotel in Milan, and the construction of the new BNL Headquarters in Rome Tiburtina, serving as the construction manager. He also analysed construction site set-up and logistics for one of the largest projects in Europe, the new Westfield shopping mall in Segrate, which is still in the design phase. He currently holds the role of project and construction manager for the renovation and raising of an office building in via Brisa in Milan.